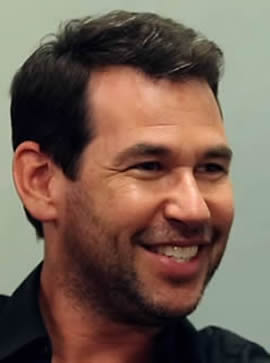 Graham interviews the creator of HBO’s Entourage, Doug Ellin, to discuss the upcoming feature film and his favorite athlete cameos from the series. Ellin remembers getting his start in the mailroom at New Line Cinema, the overwhelming success of the show, and offers a behind-the-scenes perspective of the cast and scripting the series. Graham also goes on set for a commercial shoot to promote the movie and speaks with Entourage stars Jeremy Piven and Jerry Ferrara.