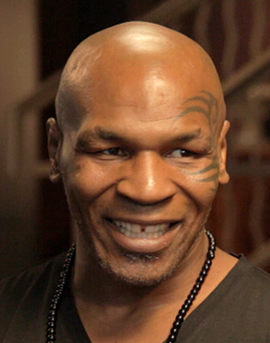 Mike Tyson sits down with Graham Bensinger for an interview at the boxing legend’s Las Vegas home. Over the course of two days, Tyson speaks about his violent childhood, becoming the heavy-weight champ, his subsequent fame and excessive lifestyle. He additionally goes into detail about his long struggle with drugs and admits he was “a mess” while filming the first “Hangover” movie. Tyson says he’s not the same person he once was, claiming people aren’t interviewing “Iron Mike” anymore.