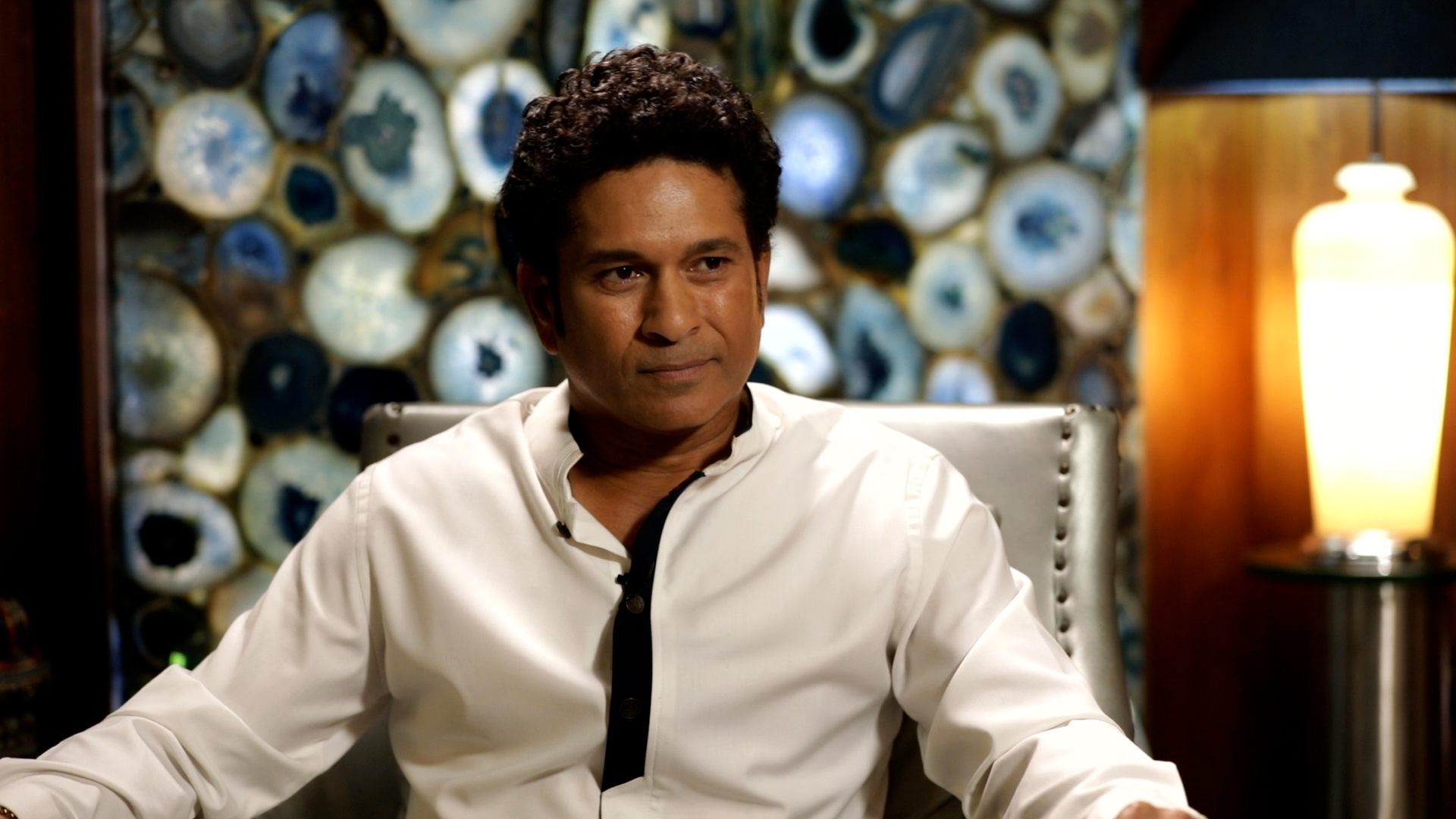 Sachin Tendulkar – one of the greatest batsmen in the history of cricket – invites Graham to India for a wide-ranging, three-day shoot. While at Tendulkar’s home in Mumbai, he reflects on life as his country’s first sports superstar and the intense fame that’s followed him since he was a teenager. The cricket legend with more than 100 million social media followers gives us a guided tour through landmarks that fueled his lifelong passion. Plus, the In Depth team tags along with Tendulkar’s motorcade to showcase the investment his foundation is making in India’s youth.

Sachin Tendulkar: Creating hope for thousands of children in India

Cricket legend Sachin Tendulkar walks us through the goals of his foundation, which was created to bring together people and institutions who are passionate about effecting social change. Tendulkar talks of building a school for 2,300 children in India and says there’s no greater satisfaction than knowing the work he and his foundation are doing for those in need makes his parents proud. Plus, we travel with Tendulkar to see the fruits of their efforts and the impact the Sachin Tendulkar Foundation will have on India’s youth for generations to come.

Sachin Tendulkar: Isolation and a hospital stay due to COVID-19

Sachin Tendulkar – one of India’s most prolific sports stars – recounts his bout with COVID-19 in March 2021 and how the sickness sent him to the hospital. Later, the former cricket standout encourages his country to adhere to COVID-19 protocols in hopes that his nation will see a faster recovery from the global pandemic.

Sachin Tendulkar – one of the greatest batsmen in the history of cricket – reflects on his early love for the sport and quick ascension to the Indian national team. Tendulkar remembers the highs and lows of landing in the public eye as a teenager and shares sage advice from his father: “If you are gifted with something special, hold it with both of your hands. Value what you’ve got and work on it.”

Sachin Tendulkar: My mother missed every match, except one

Cricket icon Sachin Tendulkar discusses lessons learned from his parents Ramesh and Rajni, highlighting his father’s humble nature and his mother’s hardworking grit. He remembers when his father Ramesh invited another family of six to join them in their small, two-bedroom apartment and explains why the first cricket match his mother Rajni attended was also the last of his career.

Sachin Tendulkar – one of the greatest batsmen in the history of cricket – opens up about family life, including when his wife Anjali set aside her career as a doctor to take care of their family. Plus, Sachin explains why he asked Anjali to present the marriage proposal to both families and why he rarely watches his son Arjun play cricket today.

Legendary Indian cricketer Sachin Tendulkar shares stories of his friendship with fellow superstar Virat Kohli, including his first impressions of Kohli and why he returned sacred threads from Kohli’s father.

Sachin Tendulkar on passion: Never cared to know my salary

Historic Indian cricketer Sachin Tendulkar helps us understand the passion for cricket in his homeland and offers his take on the varying cricket formats now played. Plus, he recalls the dramatic changes both within cricket and beyond as India opened its economy to the world in 1991.

Sachin Tendulkar tour: My secret 3am ritual before matches

World famous cricketer Sachin Tendulkar offers Graham a personally guided tour of destinations that had a profound impact on his trajectory towards playing for Team India, including the playground where he got into trouble with friends, the apartment he lived in for four years with his aunt and uncle and the park where he eventually ascended to play for the Men in Blue.

Tendulkar looks back on career firsts, lasts and a few highlights in between. He describes a tearful retirement as his last test match came to a close, the pressure of winning the World Cup on home soil and what he refers to as one of his best innings ever during a 2003 World Cup match vs. Pakistan.

Tendulkar remembers playing against England after the 2008 terrorist attacks in Mumbai, which lasted four days and killed 164 people. Tendulkar notes the scar those attacks left on his country and the momentary lift his team provided when it rallied back to beat England.

Sachin Tendulkar offers quick takes when forced to choose between two options, including Messi or Ronaldo, golf or racquetball and would he rather have himself or Virat Kohli on a team?