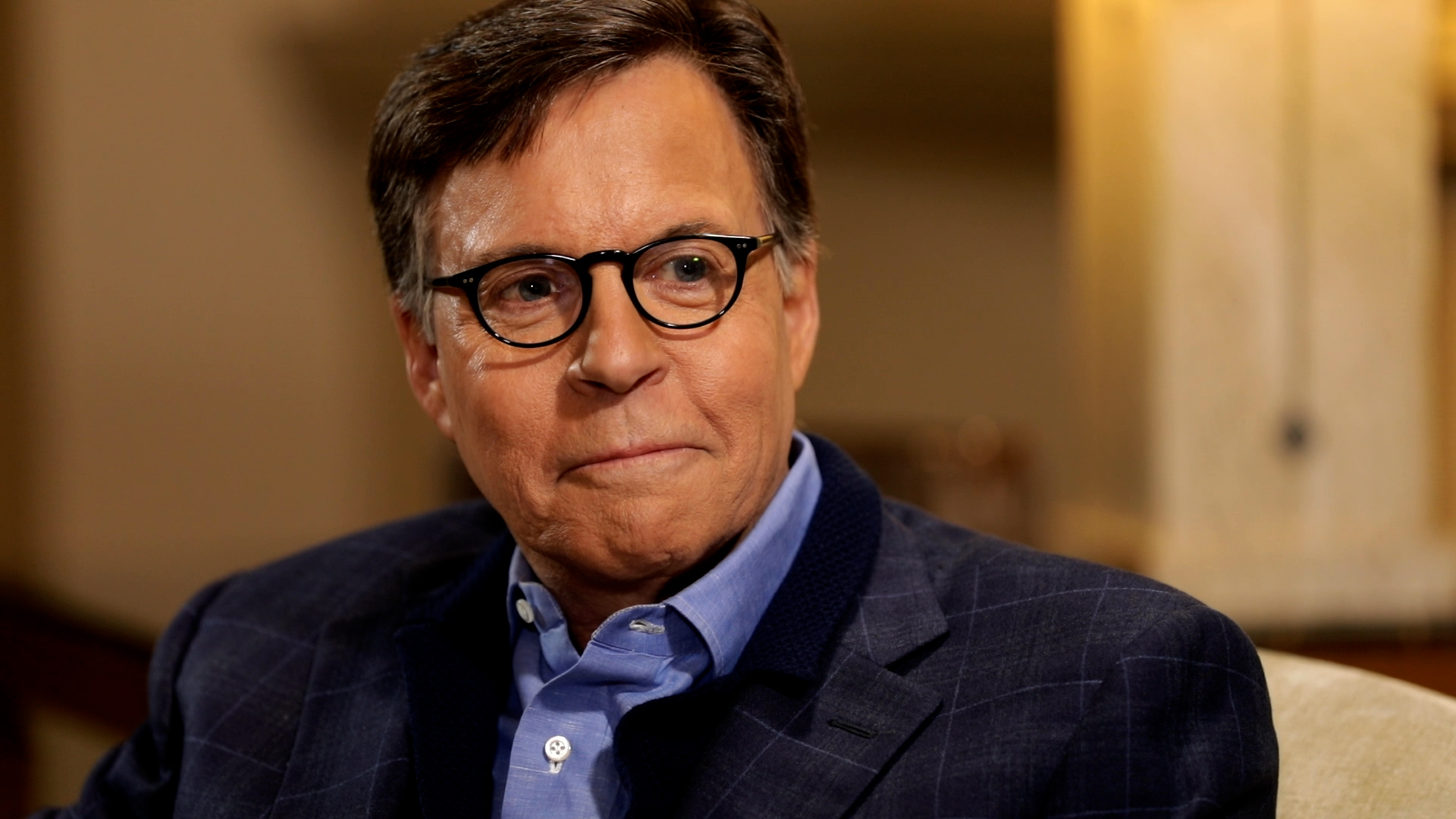 We’re in New York City with the illustrious sportscaster, Bob Costas. The 29-time Emmy winner takes us back to his childhood and recalls impactful moments surrounding his father’s gambling addiction. Later, Costas dives into his unforgettable interviews and reminds us why he’s regarded as one of the most impressive personalities in the business. He details turning down life-changing opportunities and hints at a reconciliation with his long-time employer. Plus, we hear from Costas’ colleagues and friends, including filmmaker Ken Burns, former HBO Sports head Ross Greenburg and NBC correspondent Mary Carillo, among others.

Interview with Bob Costas: 20 years in the making

Legendary sportscaster Bob Costas jokes with Graham about his years of persistence and continued interest in featuring Costas on In Depth. As Graham gushes over his childhood idol, Costas chimes in with a hilariously stern reminder for Graham to “Get a grip.”

Bob Costas: I prefer the pressure of last-minute preparation

Bob Costas – whose illustrious, 40+ year career as a leading sports broadcaster marches on – lets us in on his professionalism and personal processes. Costas illustrates his perfectionism by sharing a specific call as the Atlanta Braves won the 1995 World Series, and clarifies his “diminishing” memory by listing every U.S. President in chronological order.

Eight-time National Sportscaster of the Year award winner Bob Costas lets us in on his encounters and relationships with fellow broadcasting icons John Madden, Howard Cosell and Jim McKay. Costas describes when he was selected as John Madden’s auditioning partner in 1979, a candid conversation with Howard Cosell shortly before his passing in 1995 and impactful praise from ABC’s Jim McKay prior to Costas heading to Barcelona in 1992 to work his first Olympic broadcast with NBC.

World-class broadcaster Bob Costas opens up about his early successes, including landing the role as the face of NBC Sports by his mid 30s. Costas defines the marks of excellence for well-rounded, textured journalism and explains how he learned to  work smarter (not harder) as a generalist.

Bob Costas: I stuck by dad during his violent outbursts

Sports broadcasting icon Bob Costas remembers his upbringing, including anecdotes from his father’s gambling addiction. Costas talks of his dad passing away at an early age due to a heart attack and unexpectedly receiving an envelope containing $6,000 in cash at the funeral.

Bob Costas: Why Vince McMahon wanted to beat me up

Bob Costas looks back on his 2001 interview with XFL and WWE founder, Vince McMahon. Costas remembers the “unremitting tension” during their interview on HBO’s “On the Record with Bob Costas” and McMahon’s subsequent comments – that he wishes Costas were bigger so he could have fought him.

O.J. Simpson to Bob Costas during prison visit: You did it!

Sportscasting icon Bob Costas recalls when O.J. Simpson tried calling him from the back of a Ford Bronco during his historic, slow speed chase along Southern California freeways in 1994. Plus, Costas recalls visiting his former colleague in prison and when Simpson joked that Costas was actually the murderer.

Bob Costas: Muhammad Ali was no saint, but he was a hell of a man

Bob Costas beautifully recounts the juxtaposition of Muhammad Ali standing boldly as the final torch bearer at the opening ceremony of the 1996 Olympics in Atlanta. Costas himself chokes up when describing Ali’s decency surrounding his decision to refrain from entering the military draft due to religious beliefs and an ethical opposition to the Vietnam War.

Bob Costas looks back on how his nearly 40-year tenure with NBC came to an unceremonious end, which was formally announced January 2019. Costas remembers a 2012 concussion panel on NBC Sports Network that raised red flags among stakeholders and years later, a regrettable, quiet departure from the network.

Bob Costas shares his story of inviting Mickey Mantle to stay a few nights at his St. Louis home while in town for a charity event, which led to remarkable candor from the MLB slugger during a late-night conversation.

Bob Costas on money: No interest in extravagant purchases

Legendary sports broadcaster Bob Costas offers a glimpse into his financially responsible money management, stating that he does not indulge in extravagant purchases.

Broadcasting great Bob Costas offers quick takes when forced to choose between two options, including his picks between Nelly vs. Ludacris, The Simpsons vs. Family Guy and New York vs. St. Louis, among others.

Behind the scenes in New York City with Bob Costas

ere’s a behind-the-scenes look at our time in New York City with Graham’s childhood idol, Bob Costas, including production adventures, a search for the right “Greg” and the time investment required to do the job well.

Costas offers up stories from his childhood, including encouragement from basketball and baseball coaches to take up sports broadcasting, a police arrest that led to a three-day suspension from school and a brief stint as a school cafeteria bookie. Plus, Costas remembers an abrupt cross-country move so his father could dodge dangerous gambling debts.