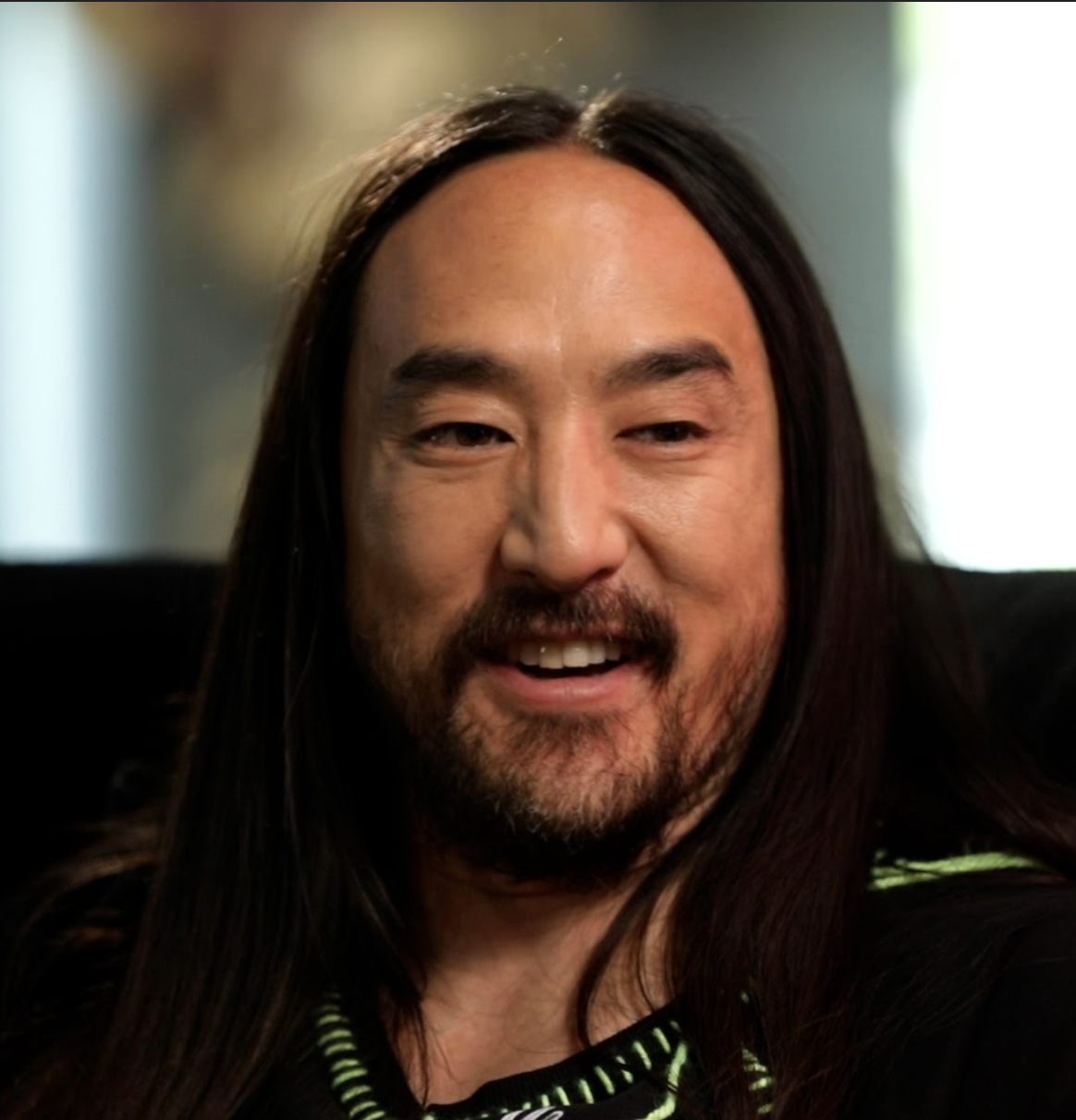 Graham gets an all-access pass to one of the world’s most prominent and financially successful DJs, Steve Aoki. While touring his epic Las Vegas home, Aoki shows off his studio, foam pit and some of his most valuable sports and Pokémon cards. Plus, Aoki opens up about numerous thought-provoking topics, including the sacrifices that come with his professional successes and how his father’s death led to a pursuit of eternal life. Later, we catch up with the globe-trotting mix master backstage at one of the top nightclubs in the world.

Steve Aoki: Ashamed of Asian identity as a kid

DJ and musician Steve Aoki looks back on his childhood in Newport Beach, California and standing out as one of the few minorities in his school and neighborhood. Aoki recalls how racism fueled his first physical fight and how things started to improve in high school, once he found music and a crew of fellow outcasts.

Steve Aoki on early DJ gigs: “I was horrible”

DJ and musician Steve Aoki takes us back to his days as a young and less-than-stellar DJ: Spending $100 to rent equipment for a four-hour set that only paid $50. Aoki says he “sucked back then” but used these early gigs to learn to beat match and take his first steps into the industry.

DJ and musician Steve Aoki talks of his foundation’s efforts to help cure all brain degenerative diseases and explains why he would like to freeze his body and brain after dying. Aoki reflects on how the passing of his father instilled a passion for health, wellness and extremely extended lifespans and says he hopes the future of brain technology will allow him and his family to live forever.

Steve Aoki: Grinding then burning out during COVID

DJ and musician Steve Aoki lets us in on his mindset as the COVID-19 pandemic canceled what would have been his largest concert tour ever, including an initial heavy-up in the studio that was unsustainable and the eventual burnout. Aoki also talks of getting back out for performances as the U.S. opens back up and says he’s up for a vaccine booster once one becomes available.

Steve Aoki: 7 of my favorite sports and Pokémon cards

DJ and musician Steve Aoki explains how the COVID-19 pandemic renewed his passion for collecting sports and Pokémon cards and offers insight into the financial gains he’s made leveraging these collectibles as alternative investments. Among the highlights is a 1998 Pikachu Illustrator that Aoki purchased for $420,000 and sent off to PSA for grading. Now graded a PSA 9, he estimates the card is worth $2.5 – 3M.

Emotional Steve Aoki: Life is short, love what you do

DJ and musician Steve Aoki candidly reflects on the sacrifices necessary to stay at the top of his industry. Aoki – who has performed at least 250 shows per year for 15 years – says his current schedule doesn’t allow for a family or children, but he wants to have kids eventually. He refers to his experiences working a large crowd as “the ultimate high” and gets introspective recalling emotions he felt earlier this year when performing back in his hometown of Newport Beach, California. Aoki remembers his best friend, who passed away in 2020 and encourages viewers to embrace every moment spent with those who matter.

Aoki goes into more detail within his 2019 memoir “Blue: The Color of Noise,” which is available on Amazon – https://tinyurl.com/yktbww9v.

DJ and musician Steve Aoki recalls befriending DJ AM, whom he described as a man at the top of the industry with surprising humility. Aoki says he and DJ AM’s eventual partnership caught the interest of star performers and the Hollywood elite, including Daft Punk, Kid Cudi, Lady Gaga, Paris Hilton and Lindsay Lohan. Later, Aoki reveals how DJ AM’s death in 2009 motivated him to end his pre-show drinking habit.

Steve Aoki: Bonded with dad during his final days

DJ and musician Steve Aoki discusses his father Hiroaki “Rocky” Aoki, who made millions founding the Japanese cuisine restaurant chain Benihana. Steve recalls a fast-moving, thrill-seeking dad who prioritized business pursuits over family, but says he learned a lot from his father and is especially appreciative of their time together during Rocky’s final days.

DJ and musician Steve Aoki shares a story from his early days running his independent record label Dim Mak – turning down an opportunity to release the EP for Arcade Fire. He also gets into Dim Mak’s financial struggles at the time, and how he helped the company get out of $100,000 debt by working small gigs on the side.

DJ and musician Steve Aoki offers an interactive tour of his Las Vegas mansion, which includes a jump into his pool from three stories up, a flip into his foam pit and a cake in the face on his patio. Plus, the EDM superstar lets us into his futuristic at-home recording studio and shows off four of his Guinness World Records.

Backstage at OMNIA with Steve Aoki

Minutes before he steps into his set at OMNIA Nightclub – one of the elite clubs in the world – Steve Aoki lets us in on his jam-packed schedule and tries to describe the high he receives from connecting with the crowd. He says it’s the reason he’s performed nearly 4,000 times over the last 15 years.

Steve Aoki on failed Kanye, Eminem track: If I had one more shot…

DJ and musician Steve Aoki remembers meeting Kanye West and a subsequent phone call from the 21-time Grammy Award winner. Aoki talks of worlds colliding later when he’s offered an opportunity to work on a track that features the same lyrics Kanye rapped to him during the call, which also featured lyrics from Drake, Lil Wayne and Eminem.